What Makes a Leader: Capability or Capacity? 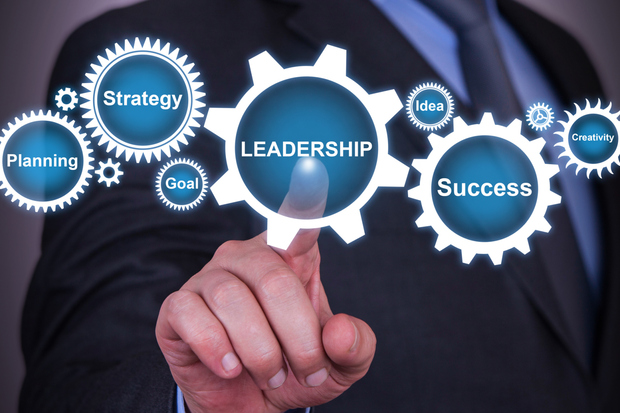 If there was a theme that seemed constant in this year’s news cycle, it was the lack of inspiring leaders. While there are always individuals who stand out as role models, it feels like more and more we find ourselves disappointed by those at the helm of society.

Which begs the question… what makes a great leader?

Whether in government, or business, or in any area of society, what makes somebody a great leader?

I was recently rereading the story of one of the greatest leaders of all time, Joseph (the biblical one).

Joseph’s life was incredible. In fact, if he were alive today, his “rags-to-riches” story would have been on the cover of magazines and the subject of bestselling books. Joseph’s career began after being sold into slavery by his own brothers. He landed in the home of one of the richest men in Egypt and somehow managed to climb the ranks to become what we would call today his chief operating officer. And then, through a series of false accusations and unjust judgment, Joseph is imprisoned for a crime he didn’t commit. He wasn’t sent to jail for a year, it was for a decade. Yet through all of that, he managed to ingratiate himself with the warden to put himself into a position to interpret the dreams of not just two royal inmates but to Pharaoh himself, ultimately becoming the second most powerful man in the country.

Joseph’s strategy, and subsequent execution single-handedly saved not only the Egyptian economy, but civilization.

All before his 40th birthday!

By all accounts, Joseph was a model leader, a man that overcame insurmountable obstacles, never strayed from his morality, and somehow managed to not only survive, but thrive, despite the challenges he faced.

How did he do it?

By embodying the core ingredient to great leadership.

We tend to think that leadership is the result of capability. Leaders know how to do things better than others. Society pushes us to learn when we are young, so we can implement that knowledge when we get older. This sequence of “Learn then Do” leads us to think those who know the most, those who seem most capable, should be at the front of the pack.

So when considering positions of leadership, we search for the experts, those that seem infallible in a particular area, those with impressive resumes, honors and awards.

To some extent, this makes sense. Capability is imperative. How else will the leader know how to accomplish the necessary tasks at hand?

But expertise and leadership are distinct. To be an expert, you have to be capable. But to be a leader, you need more.

As you examine the lives of some of society’s great leaders, from a Winston Churchill to a Michael Jordan, to an Albert Einstein, you find individuals who were defined not by what they were able to do, but by what they took upon themselves, even if it meant failure along the way.

Churchill failed countless times in his career. What mattered was not that he failed, but that at the moment of England’s greatest crisis, World War II, his attitude of never giving up held the country together.

Michael Jordan missed more shots than he ever made, lost many games, and failed time and again. He wasn’t born with more talent than other NBA players. But it was his relentless desire to improve that made him the greatest basketball player of all time. It was taking the shot that made him great, not making the shot.

Albert Einstein was rejected throughout his career. He didn’t have an easy life, nor a clear career path. He discovered much of his groundbreaking theory not as a professor, but as a clerk in a patent office. In building his theory of relativity, he took on one of the greatest scientists in modern history, Sir Isaac Newton, without the “necessary” academic pedigree. But that didn’t stop him. It wasn’t what he learned in school, it was where he pushed himself to learn, that led to his genius.

This applies in all areas of leadership. Leaders don’t let their lack of expertise stop them from taking on challenges. They understand that the capacity to deal with the obstacles at hand, to sleep less, to juggle more, to stretch beyond their comfort zone is what defines them.

Joseph lacked the necessary capabilities to succeed. He was a slave and a convict. He was the least qualified person to attempt to interpret Pharaoh’s dreams or oversee a project of such significane.

But when Pharaoh needed his dreams interpreted, Joseph didn’t shy away. When Pharaoh appointed him to the task, he did not back down. He didn’t respectfully decline with an “I can’t do it,” or, “You should get an expert in food preservation, or someone with more governmental experience.” That was not Joseph. It needed to get done. So Joseph stepped up, and learned how to do it.

We all have moments of challenge, of pain, of uncertainty. What defines us is not whether we are prepared to deal with the challenges presented to us, but whether we have the capacity to take them on. To care more for someone else, to venture into the unknown, to do what is needed for ourselves and for others.

That is what it means to be a leader. And when we start looking for people with great capacity, especially in service of others, maybe we’ll find more leaders to look up to.