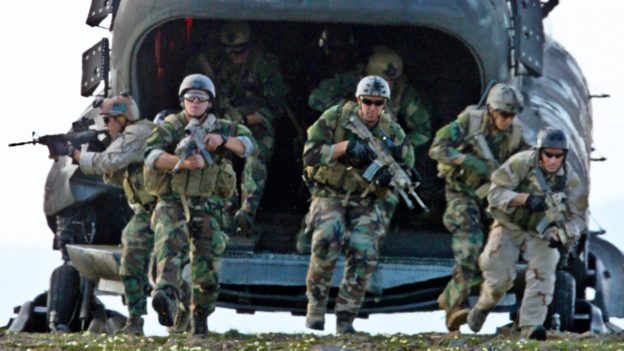 What do they mean and why are their concepts important to my life?

Jocko Willink, a Navy SEAL, wrote about this concept in his book, “Extreme Ownership.” In it, he tells a story of his time with the Navy SEALS. He was stationed in Ramadi, Iraq. At that time, Ramadi was dominated by terrorists. One day, he led an operation, in conjunction with allied Iraqi forces, to enter a building and neutralize the terrorists. Unfortunately, once they approached the target, the operation broke down and instead of targeting the enemy, they shot at each other!

Amidst the chaos of friendly fire, an Iraqi soldier was killed and SEALs were injured. When the dust settled, the raid was called off and the entire unit was called back to base. Willink knew that someone was to be fired for this colossal mistake, and it most likely would be him. After all, he was the commander. Willink’s superiors called for a debriefing, and he prepared exactly what he would say.

He entered the room and stood before his superiors and members of his unit. Right then and there it hit him: there was only one person to blame for this failed mission, one person to blame for the dead Iraqi soldier, one person to blame for the injured SEALs; and he knew exactly who that person was. It was not the soldier who actually shot the Iraqi. It was not the location coordinator who misinterpreted their target. It was not any other member of his unit. It was him. Jocko understood that the only person responsible for this failure was himself, because he was the leader. He was the person in charge, and as such, everyone and everything was his responsibility. And when he explained that to his superiors, he was shocked to hear that not only was he not terminated, his assumption of responsibility engendered even greater trust than before.

While this story may be inspiring, Jocko’s assumption of responsibility seemed inaccurate. The communication breakdown was not his fault, nor was mistake in the execution of the operation. What he said was generous, but untrue.

Is the purpose of taking responsibility to allow someone else’s mistakes to inure to you? That can’t be good, for anyone.

Taking ownership is not a nice gimmick, a tactic or a gesture that great leaders do. It’s the mechanism for how they become great leaders in the first place.

How? It relates back to our schema.

If you remember, our schema filters out most of life. While there is a plethora of stimuli around us, our nervous system can only process a small fraction of it (See Chapter 2 for more on schema). When we encounter failure in life, the reasons are usually not clear cut. While it may not be entirely caused by our actions, the failure usually has our fingerprints on them. Nothing happens in a vacuum and so when we look at failure, while it wasn’t 100% our fault; it probably wasn’t 0% either.

Many of us have fragile egos and work hard to protect ourselves from feeling like we have failed (see Piaget’s principle on “accommodation”). When dealing with failure, our natural inclination is to immediately find somebody else to blame, because then we don’t have to deal with the cognitive load of both failure and fault.

However, if we do not acknowledge our own faults, we will never be able to fix them because we wont be able to see them. Our schemas will block us from processing what we did wrong or what we could have done better. This will prevent us from adapting and growing, which prevents us from becoming better. And that, more than the actual failure, is the bigger tragedy.

When we take massive responsibility, we may be taking on more than should be correlated to us but by doing so, we expand our schemas and open ours minds to see a broader perspective of what went wrong. By expanding this perspective, we can see our part in it.

Mistakes happen all of the time, and that is part of life. Life is not about not avoiding mistakes. It’s about growing from them. It’s about deliberate practice (See Chapter 13 in the book for more). But unless we recognize our part in failure, we risk repeating the same mistakes again and again.

What inspired confidence in Jocko wasn’t his assumption of responsibility. It was, by taking responsibility, he now opened his mind up to learning from it. The debriefing wasn’t to vent their anger or wallow in despair. It was to learn what went wrong so those mistakes don’t repeat themselves. That’s what the top leadership wanted. Battle is messy and mistakes happen all the time. It’s people that are able to learn from mistakes that are most capable to lead.

The same holds true for us. We all have successes and failures. When we grapple with failure we have a choice. To find someone else to blame or to own it. To shirk responsibility and feel comfortable, or take it and use the ensuing discomfort to get better.

Leaders aren’t born. They are made. They don’t have better genes; they have a better mentality. When we believe that “the buck stops here” we will get better. We will not only be able to see how to fix our own flaws, but we will learn how to compensate for the flaws of others. Over time, we will develop into stronger and more capable people because we always saw acting as the owners of our lives.