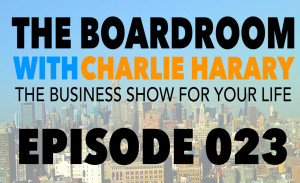 In today’s world, it seems as if no one can walk, stand or sit without being on a phone, computer or tablet. This week on The Boardroom, Charlie discusses the concept of solitude and thinking. He mentions a quote from Thomas Edison and referenced a study from the University of Virginia that revealed that many people would rather be electrocuted than sit and think by themselves.

We tend to measure success by how much money someone has, but in reality we should measure success by how that person manages their time. Also in this episode, “In The News with Michael Davis” and insights into the Hilary Clinton email scandal and a look at the biggest time wasters at work. Would you ever guess that people can waste 33 minutes a day scheduling meetings?

Entrepreneur: Are You Guilty of These Common Workplace Time Wasters?
Bloomberg: Shocking, Many Pick Electric Jolt Over Solitude in Study
Time: You Would Rather Endure Electric Shocks That Sit Alone With Your Thoughts, Study Finds
Business Insider: Albert Einstein Described the Secret of Learning to His 11-Year, And It’s Simply Wonderful
Did you enjoy the show? If yes, can you please leave a short review here?