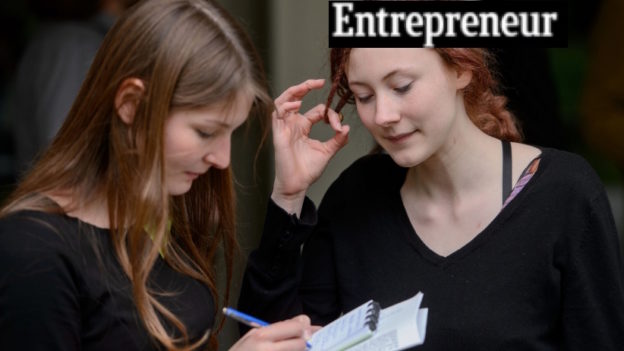 At some point, we’ve all watched in horror as our co-worker completely messed up a project, then turned to us to ask, “So, how did I do?”

In these situations, once we overcome that initial desire to answer a nonexistent phone call, we are faced with a decision: tell them the truth, in whatever brusque, critical manner we are thinking it, or try to help out via constructive feedback.

Knowing how to give constructive criticism is one of the most important skills necessary in the business world, and in all areas of life really. People need our feedback to grow into their best selves, but if criticism is not given in the correct manner, it can be meaningless and/or destructive.

So how do you go about giving constructive criticism? I’ve developed a five-point checklist. Abide by it, and you’ll be able to turn those awkward moments into real growing experiences.

Never criticize in the moment. Nobody wants to step down from the podium and bump into a friend who says he or she spoke too quickly, his or her points were inconclusive, and the speech went on for too long. In the moment, say something nice, and then pick a better time to give advice.

Do you really mean what you are saying, or are you using the disguise of “constructive criticism” to mask personal baggage or issues you are having with that person?

If someone feels personally threatened by what you are saying, his or her defenses will go up and he or she won’t be able to internalize your criticism. Try to give the critique through a personal anecdote or an inspiring story of someone famous who went through the same thing. It’s so much easier to swallow when it’s not straight out about “you” and “your” mistakes.

4. Focus on actions, not the person.

If someone is about to finish a big project or speech, this is not the time to start telling him or her everything that could have been done better. Rather, wait until he or she is about to do it again. Then you can jump in with your critique, keeping in mind the previous four steps, of course.

Remember, criticism, used wrongly, can offend and threaten those around us. But used wisely, constructive criticism can be a catapult for growth and improvement.